The reported details 3,797 deals worth US$ 927.8bn, the third consecutive annual increase by value, overtaking all yearly values on record.

Too, the size of deals undertaken in the region increased as investor confidence grew, with seven mega-deals (>US$10bn) worth a total value of US$ 168.4bn, up from five worth US$ 138.5bn in the whole of 2014.

The Energy, Mining & Utilities (EMU) sector served as the main draw for dealmakers, driven by Chinese investors .  Encouraged by a weakened Euro, Europe was the investment destination of choice for Chinese bidders both by deal value and deal count.

MergerMarkets detailed the top 20 law firms in the region for M&A related work in 2015.  Among the highlights include Freshfields Bruckhaus Deringer, which jumped to lead the region’s rankings by value with US$ 202.6bn-worth of mandates, up from fifth position in 2014 with a 119.2% higher deal value.

With just 19 deals, Commerce and Finance Law Offices soared to third position from 84th in 2014. The Chinese law firm advised on two of its largest deals in 2015 (acquisitions of Hutchison Whampoa and Cheung Kong Property Holdings), boosting its value to US$ 122.0bn from US$ 3.9bn in 2014.

The 2015 leading firms in Asia-Pacific M&A are:

The list of the top 20 law firms in the region for M&A related work in 2015 can be viewed in full – including their rankings from the previous year – on page 4 of the report. 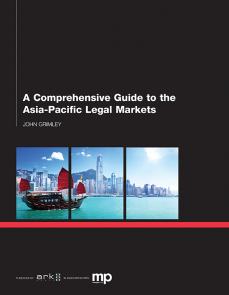