Featured Reflections on over two decades in the business of law in Asia: An interview with Patrick Dransfield, Co-Director, In-House Community 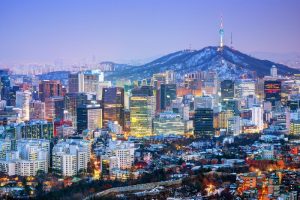 The April, 2013 Inter-Pacific Bar Association (IPBA) annual meeting in Seoul provided the inspiration for the founding of Asia Law Portal. Conference attendees were told by Alan Hodgart that the Asia-Pacific legal market will double in size by 2017 – making it the second largest legal market in the world behind the United States. In subsequent research for the book: A Comprehensive Guide to the Asia-Pacific Legal Markets, Dr. George Beaton predicted the market may double by as late as 2022.

The Asia-Pacific legal market is both immense and diverse. Geographically it reaches from South Korea to India across South East Asia to the Pacific Islands. As Yun Kriegler outlined in The Lawyer: “As Asia-Pacific becomes a critical part of the global legal services industry and its key economies and jurisdictions become more closely interlinked, the need for a holistic view of the legal landscape has never been greater. People who have spent some time in Asia will know the markets there are still in their early years and public information on the legal industry is scarce.”

Modeled after the blog and social media platforms of the World Economic Forum (WEF), Asia Law Portal regularly ranks first in online search engine results for legal news in the Asia-Pacific region. For anyone searching for insightful information about law firms and legal services sector issues in Asia, therefore, Asia Law Portal and those who publish on it – will be among the first to be found. And this presents an opportunity for law firms and legal services sector companies seeking to increase their exposure in the Asia-Pacific region.

Founded in April, 2013 and in active publication since then, Asia Law Portal will continue to seek to add to the understanding of the region’s legal markets — and in particular, the economic opportunity it presents to lawyers, legal services sector professionals and the corporate management teams and entrepreneurs operating or seeking to operate within it.