The concept of hybrid international commercial courts is peculiar and intriguing. It is neither arbitration nor litigation before a national court. Rather, it is a combination of both.[2] It provides the parties with the best of both worlds; state court proceedings and international arbitration. These courts rely on the exclusive option of a forum to support their jurisdiction, and the hybridity mirrored in these procedures is intended to represent a desirable balance between the flexibility of arbitration and the greater degree of judicial obligation and guidance seen in traditional national courts.[3] The concept of hybrid courts is the new emerging global trend.

Globalisation has resulted in increase of businesses and investments across the borders of nations,[4] one of the direct consequences of which is various international investment disputes. Since time, economy and expenditure are key attributes in encouraging investments; the countries intend to provide judicial or alternative methods of resolving investment disputes to find a solution to the conflict within a reasonable period of time and with the least possible cost and procedure. Countries attracting investors were eager to have international commercial arbitration as an alternative method for the national judiciary as arbitration, compared to the national judiciary, is a way that has various advantages such as, speed, efficiency, confidentiality, flexibility, freedom of will of the parties and implementation of the arbitration award across the border. Arbitration has been effective in fabricating the investment climate, but process of arbitration is not popular and favoured by the investors in terms of the inadmissibility of challenging its judgments. Because of this, the countries are establishing hybrid courts, integrating international commercial arbitration with national courts. These courts amalgamate the benefits of international commercial arbitration and national jurisdiction, and steer clear from the drawbacks of both.

For example, China has recently established CICC to protect its domestic enterprises and gain more control in international business activities and move the China-related dispute resolution from London and other centres in Europe to China. In 2019, it passed judgements on five cases.[9]

Similarly, The Dubai International Court Models (DIFC) seeks to support and promote economic activities between the East and the West. In this way, they strive to enhance Dubai’s position as a global business hub. Their aim is to be one of the world’s top commercial courts by 2021.[10] Recently, in 2019, DIFC Courts heard 952 cases across all divisions, showing a spike of 43% year-on-year.[11] The overall number of firms in the Center reached 2,437, up 14 per cent from 2018, with a total growth of 32 per cent since 2017. DIFC, which attracted a record-breaking 493 new businesses in 2019, now counts 17 of the top 20 banks in the world, 8 of the top 10 global law firms, 3 of the top 5 insurance companies and 6 of the top 10 asset managers among its clients. This sustained development has ensured that the Center continues to draw local and foreign talent. The DIFC has also helped to create 2,034 job opportunities.[12]

Another example is the Qatar International Court and Dispute Resolution Centre (QICDRC). It was established to build a “world-class international financial Centre”.[13] It was designed to have “international standards in dispute resolution, and to be part of the strategy of the QFC to attract international business and financial services into Qatar”.[14] It is intimately linked to arbitration, offering its judges as arbitrators as well as arbitration facilities. Further, it also administers arbitration. Other ADR forms are provided on request. They provide all sorts of dispute resolution mechanisms to make it known to every disputer that there is no need to go anywhere else to resolve a dispute. In total, 84 decisions were passed.[15]

The Astana International Financial Centre (AIFC) is a financial hub in Kazakhstan which was established in 2018. In 2019, the AIFC has considered five cases.[16] The aim of the AIFC is to establish itself as the main centre for financial services in Central Asia, with a vision of diversifying the Kazakh economy and providing a forum to achieve Kazakhstan’s target of being among the top 30 developed countries by 2050[17] and stand as a major financial hub for Central Asia, Eurasian Economic Union, the Middle East, the Caucasus Republics, and Europe. It aims to become one of the top 10 Asian financial centres by 2025.[18] The AIFC also aspires to capitalize on the Belt and Road initiative and to serve the financing needs of the Kazakh economy, which is experiencing substantial transition as a consequence of privatization of state assets in Kazakhstan.

Promises- Hybrid courts assert to overcome the shortcomings of arbitration, such as over-formalization, delays, rising costs, concerns about legitimacy and ethical issues, lack of consistency and absence of appeals. In addition, there are “international judges,” i.e. judges who are not nationals of the home jurisdiction of the court, which enhances the international character of that court and further strengthens the idea of a neutral forum. International commercial courts are regarded to be very well equipped to develop consistent jurisprudence. Accordingly, rulings of international commercial courts are often publicly accessible, sometimes even on their websites. In construction contracts with complex multi-party and multi-contractual situations, the possibility of joining third parties may be of paramount importance, which would speak in favour of international commercial courts, as it is simply easier for a court to join an unwilling third party to its proceedings.[19]

Pitfalls- Some hybrid courts provide some degree of party autonomy in their structure, but not to the extent provided for in arbitration. As far as the procedure is concerned, the parties to these courts are restricted to the procedural laws of the forum. The new international commercial courts function publicly thus not providing the advantage of confidentiality which is available in arbitration. International commercial courts frequently grant the right to appeal on the basis of the merits of the decision. Some might believe that a two-step procedure could delay the dispute resolution process and shoot up the costs.[20]

The commercial dispute resolution in India is managed by the civil courts established in every district. The jurisdiction of these courts is based on territorial and monetary grounds. The country profile of India in the World Bank’s ‘Ease of Doing Business’ summarized that an average of 1,445 days are spent on the resolution of civil dispute, including commercial disputes, provided that civil courts in India have always dealt with commercial disputes. Indian law and courts will need to develop in terms of content and procedures before positioning themselves at the international dispute resolution hub. Law change initiatives ought to take into consideration the need for an Exclusive Commercial Courts. This will have a huge effect on the caseload of civil courts and thereby ensuring the cases are disposed of promptly before them. Having a separate panel of judges specializing in commercial disputes would have a significant impact on the success of commercial courts. The incorporation of technical advances into the dispute settlement mechanism may contribute to a speedy dismissal of disputes. All this would become possible if India gets rid of its procedural delays and adapt itself to the requirements of a special dispute resolution system.[21]

Hybrid courts, arbitration and litigation all have their own pitfalls and promises. However, they all seem to balance each other out. Hybrid courts have been proving beneficial for the jurisdictions establishing them. Since they provide the clients with all the benefits of arbitration and litigation together, excluding their drawbacks, they are preferred. This might have a negative impact on other dispute resolution mechanisms as hybrid courts seem to be the new sheriff in town.

Dr. Julien Chaisse is Professor at the City University of Hong Kong, School of Law. He is an award-winning scholar and a globally recognized authority on the intersection between international economic law (trade, investment, and tax), international dispute resolution, and the transnational law of globalization. His scholarship, which includes a dozen books and over 60 articles and book chapters, has been cited by international courts/tribunals, as well as U.S. Courts.

Dr. Chaisse is an active member of the World Economic Forum (“Tax and Globalization Working Group” and “Data Policy Platform”). Dr. Chaisse serves as Advisory Board member of both the Asian Academy of International Law (AAIL) and World Free Zone Convention (WFZC). He also serves as Director of the Dot Trademark Policy Committee (DTPC), co-founder of the Internet Intellectual Property Institute (IIPI), and Member of the Hong Kong’s Government Board of Review (Inland Revenue Ordinance). Dr. Chaisse is an advisor & partner to the United Nations ARTNET on FDI and member of the Academic Forum on Investor-state Dispute Settlement.

Prior to joining City University School of Law, Dr. Chaisse taught at the Chinese University of Hong Kong (2009-2019) where he served as research centre director and PhD & MPhil Program director. He earlier worked as deputy head of the team analysing the rules for multilateral trade and investment agreements at the World Trade Institute (Switzerland, 2006-2009), lecturer at elite school Sciences Po Aix (France, 2004-2006), and as a diplomat for the French Ministry of Foreign Affairs (Embassy of France in India, 2001-2004). 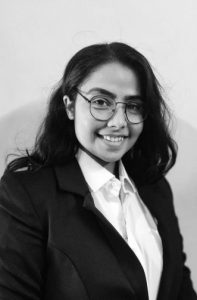 Anushka Tanwar is an associate in the International Trade Law Department of World Trade Advisors (WTA) group. Ms Tanwar is an international lawyer specializing in technology and business transactions. She has published on various aspects of intellectual property and dispute resolution. Ms Tanwar holds a Bachelor of Arts and Bachelor of Legislative Laws degree from University School of Law and Legal Studies, Guru Gobind Singh Indraprastha University (New Delhi).

A forum for discussion of news, information & opportunity in the Asia-Pacific legal markets.