On 2 April 2019, the Hong Kong Government and the Supreme People’s Court of China signed the Arrangement Concerning Mutual Assistance in Court-ordered Interim Measures in Aid of Arbitral Proceedings by the Courts of the Mainland and of the HKSAR (“Arrangement”), which allows a party to a Hong Kong arbitration to apply to the mainland PRC Court for interim measures in aid of arbitration.

The Arrangement applies to arbitral proceedings seated in and administered by arbitration institutions established or headquartered in Hong Kong.

While the list of institutions is yet to be published, it is expected that HKIAC, ICC Hong Kong and CIETAC Hong Kong will be qualified institutions. The Arrangement does not extend to ad hoc arbitration.

Insofar as Hong Kong arbitration is concerned, the Arrangement only covers three types of interim measures:

– Property preservation, which has the effect of ‘freezing’ assets such as funds in bank accounts, landed properties and shares;

– Evidence preservation, a process under which the PRC Court would allow for search, seizure and retention of evidence;

– Conduct preservation, which is an order requiring certain action to be taken or to be restrained.

One may easily associate the first two types of measures with Mareva injunctions and Anton Piller orders. While they may achieve a similar purpose, the PRC’s property preservation measure applies to the assets directly while a Mareva injunction operates by restraining the respondent from dealing with his assets. In relation to the PRC’s evidence preservation process, this is carried out by the PRC Court itself while an Anton Piller order operates by compelling the respondent to permit the applicant to enter his premises to search for and seize documents or objects that are relevant to the case.

As per the reciprocal arrangement, a party to arbitration proceedings administered by a PRC arbitral institution may now apply to the Hong Kong Court for interim measures. The Hong Kong Court is already empowered to grant interim relief in aid of foreign proceedings (including foreign arbitration) under s.21M of the High Court Ordinance. The Arrangement does not therefore appear to impact the existing mechanism.

An application can either be made to the Intermediate People’s Court of the place of residence of the party against whom the application is made (i.e. the respondent) or the place where the property or evidence is located.

An applicant should only make one application to the PRC Court. If the place of residence of the respondent or the place where the property or evidence is located falls within a jurisdiction that is different to the venue of the the PRC Court, the applicant will have to make an election.

Unlike Hong Kong, the PRC law does not distinguish between ex parte and inter partes applications. Further, applications are usually dealt with on paper.

While the Arrangement does not specify a time limit for determining applications for interim measures, Article 4 of the Provisions of the Supreme People’s Court on Several Issues Concerning the Handling of Cases of Property Preservation by the People’s Courts sets out the time requirements for PRC Courts to handle asset preservation applications. Under this provision, the PRC Courts shall render a decision within 5 days upon acceptance of the application or 5 days after security is provided in cases where security is required. After a decision is made, the enforcement of the decision will commence within 5 days.

However, it is the usual practice of PRC Courts to order security to be provided before granting an application for an interim measure. Regarding the amount of security, the general rule is that the amount usually will not exceed 30% of the value of the assets the applicant seeks to preserve. However, the PRC Courts do retain the power to require the applicant to provide additional security depending on the circumstances of the case.

The requirement for security should not be an obstacle to obtaining a preservation order from the PRC Court. In practice, liability insurance is frequently purchased for asset preservation and is offered by qualified PRC insurance companies. The insurance companies will charge a premium at a percentage (for example, 0.2%) proportionate to the value of the assets covered by the application as well as the risk of wrongful preservation after evaluation of the case. Once the applicant enters into an insurance contract with the insurer, the insurer will provide a statement of guarantee to the PRC Courts to satisfy the requirement for security. However, whether the PRC Court will accept such liability insurance as security for interim measures in aid of Hong Kong arbitration remains to be seen.

4. Interim measures may not cover the post-award phase

An award made by a Hong Kong arbitral tribunal can only be enforced in the PRC if it is recognised by the PRC Court under the Arrangement Concerning Mutual Enforcement of Arbitral Awards between the Mainland and the Hong Kong Special Administrative Region which was signed in June 1999.

In order to enforce an award, the applicant needs to first submit to the Intermediate People’s Court of the place of residence of the respondent or the place where the property is situated – an application along with the award, the arbitration agreement and relevant documents for the Court’s consideration. If there are no grounds for refusing the award, the Court will make a decision to recognize and enforce the award. The process can take up to 1 year or sometimes even longer. Therefore, there will be a time lag between the release of the award and its actual execution.

Regrettably, the Arrangement only provides that an application may be made “before the arbitral award is made.”

It is unclear whether post-award interim measures are also covered by the Arrangement. It is hoped that this matter will be clarified in due course.

What is the significance of the Arrangement?

2. The Arrangement is an important development, which will no doubt further enhance Hong Kong’s status as a centre for international arbitration in the Asia-Pacific Region, particularly for PRC-related disputes.

3. The effect of the Arrangement is additionally to boost Hong Kong’s competitiveness and increase its appeal as an arbitration hub.

Ms. Lin is a Partner of Fangda Partners. She specializes in arbitration, litigation and regulatory investigation and compliance matters. Ms. Lin has represented various clients including State-owned Enterprise, PRC private companies/entrepreneur and foreign parties in Hong Kong arbitration proceedings including HKIAC, ICC Hong Kong and ad hoc cases. She also has extensive experience in the recognition and enforcement of foreign arbitral awards in the PRC.

The content contained herein is provided to you for information purposes only, and not for the purpose of providing legal advice. If you have a legal issue, you should consult a suitably-qualified lawyer. The content of this article represents the views of the authors, and may not represent the views of other members of Chambers. Members of Chambers practice as individuals and are not in partnership with one another. 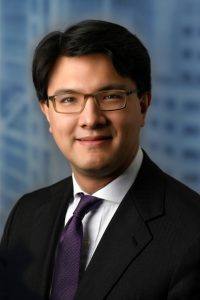 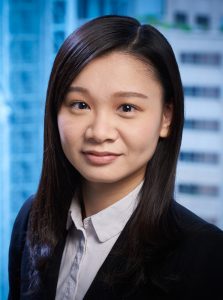 Des Voeux Chambers is a leading set of Chambers based in Hong Kong with an illustrious history dating back over 30 years. Building on its history, and its Tier 1 reputation, its Members have cultivated a reputation for combining intellectual rigour with effective advocacy. As one of the largest sets of Chambers in HK, DVC is home to over 70 astute legal minds, many of whom have spearheaded groundbreaking cases. Helmed by John Scott QC, SC, DVC houses 17 Members who have been called to the Inner Bar and appointed Queens Counsel & Senior Counsel in HK and elsewhere. DVC houses leading specialists in administrative & public law, arbitration & mediation, building & construction, chancery, commercial law, company law & insolvency, competition law, employment & anti-discrimination law, family law, intellectual property, international trade, land & planning, securities law and tax law. This broad range of expertise makes DVC a convenient one-stop shop for nearly all areas of civil and commercial advisory, as well as dispute resolution including mediation. DVC's barristers handle cases which raise multiple issues in more than one field, making members agile and adept at responding to clients’ needs. Given that members hail from different jurisdictions, DVC’s barristers are multilingual and are accustomed to working with different time zones.