The Draft Decision specifies a different FiT depending upon (a) the type of project and (b) in which of four irradiation regions the project is located. The higher FiTs are applicable to regions with lower irradiation levels. In contrast, Decision 11 only applied one FiT. The proposed new FiTs are applicable for 20 years for that part of, or the whole of, solar power projects connected to the grid which have a commercial operation date in 2021 (the exact date in 2021 is not stated in the Draft Decision).

The irradiation regions are:

The FiT for each of these regions is: 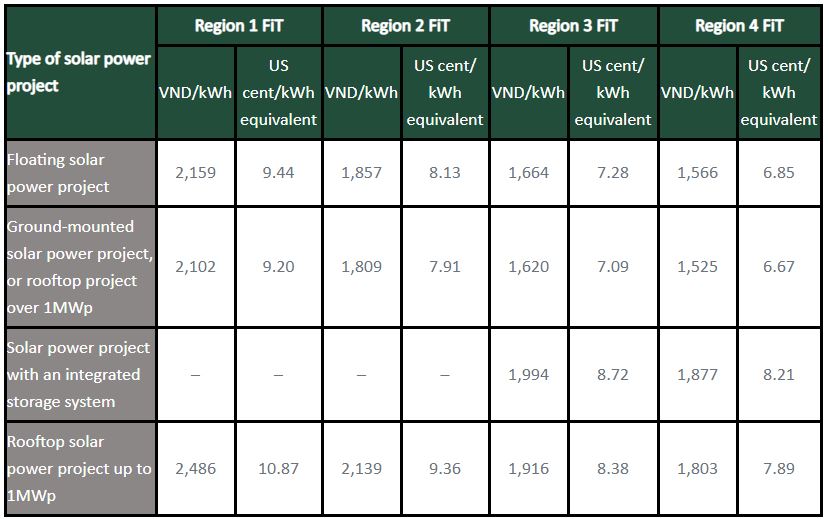 The Draft Decision is currently being publicized on the MOIT’s website and comments will be received until 15 April 2019.

The information provided here is for information purposes only and is not intended to constitute legal advice should be obtained from qualified legal counsel for all specific situations.